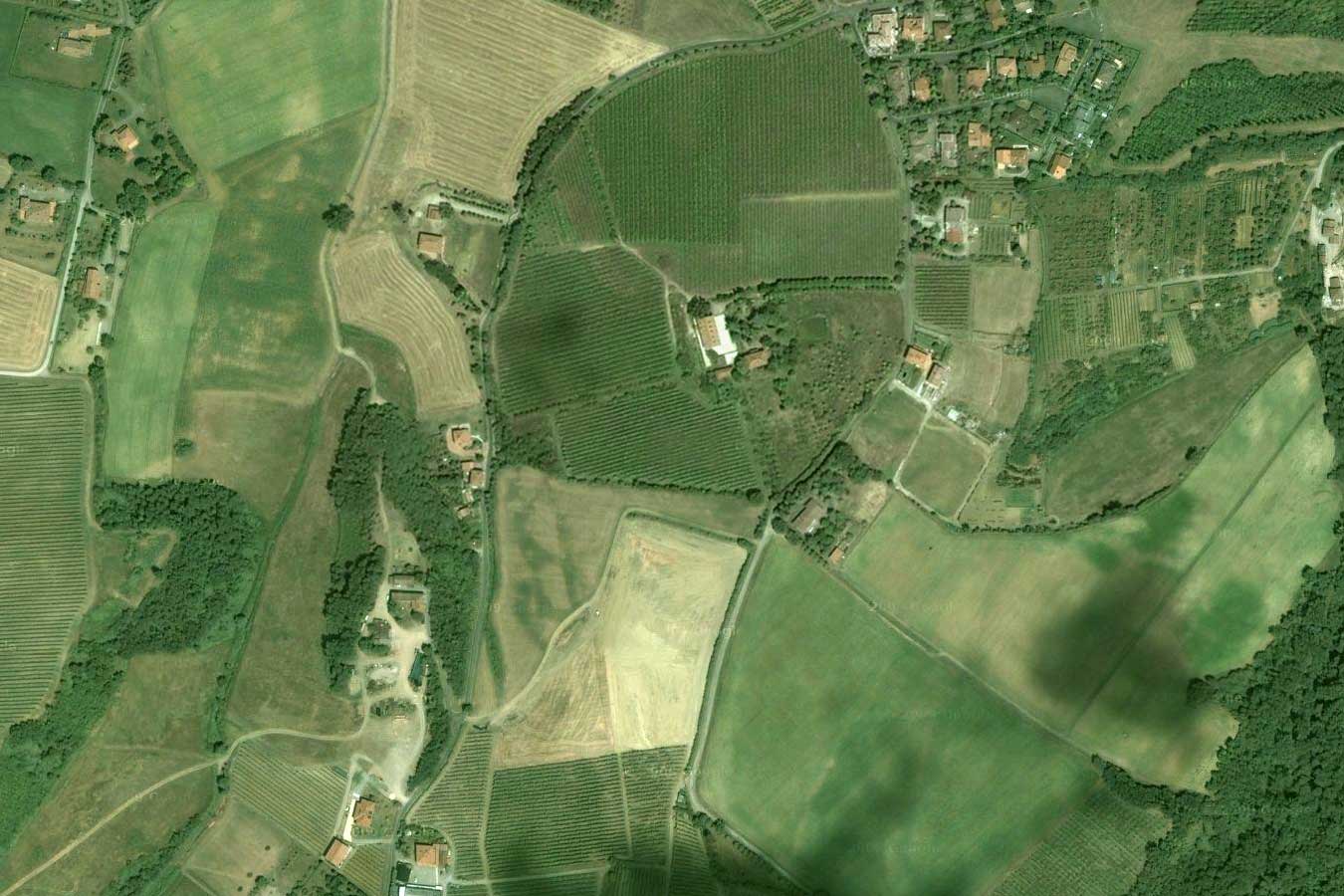 We are upfront in this project. 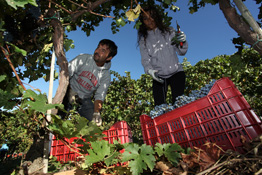 Donatella and Fabio are the minds behind this adventure.
Bare handed, touching our soil, feeling our vineyards, every single vine is to be interpreted, the careful balancing act must be calculated to a tee.
Equipment and tractors must be mastered. On the ball decisions must be made. Day by day, we humbly learn something new.
That’s our vision of pure agriculture –and that’s how we get our wine.
It’s “pure agriculture”.

Donatella Agostoni, who runs the estate, is Paolo Manaresi’s granddaughter (1908-1991). Paolo was a well known artist, painter and engraver, who was nominated by Giorgio Morandi himself as his successor as professor of Engraving at the “Accademia delle Belle Arti” in Bologna. Manaresi was one of the most prominent personalities of twentieth century art in Italy. The wine estate has been named after him.
www.paolomanaresi.it
http://it.wikipedia.org/wiki/Paolo_Manaresi

A little bit of history

Now it is a modern wine estate, but roots date back many years and hide a fascinating history. Old locals say that former owners produced very renowned house wines (‘vini sfusi)’ , and remember the old vines of Cabernet Sauvignon (showing that it has become almost an autochthonous variety!). It was 1986, when the Agostoni Manaresi family (Maria Teresa Manaresi, her husband Egidio Agostoni and her children, Daniele and Donatella) found this rural house on the Bella Vista hill, in Zola Predosa, and fell in love with it. They managed to buy it, and moved there from Bologna. From 1988 to 1992 they renovated the farm, planting or replacing vineyards. The whole land has been improved, using a new agronomic approach….. In those years, they planned to build a modern winery, to be located under the old rural house, where a small old family winery used to operate, and that’s how it all started.
Unfortunately, for 10 years things came to a standstill and the Bella Vista farm risked going to ruins, from no fault of their own. Finally, in 2006, Maria Teresa Manaresi and her daughter Donatella Agostoni managed to buy and control 100% of the estate (previously 50% co-owned with another family). This way they were able to save a worthy farming and environmental complex. The vineyards have been carefully looked after since 2007 thanks to this new management. The farm is now run by Donatella and her husband Fabio Bottonelli who is a professional journalist with a degree in agricultural sciences and who had previously run a farm. Since 2007 Donatella Agostoni, who is a qualified architect, has followed and completed the projects of the new winery (taking over the old project which the former owners wanted to give up).
In 2008-2009 Donatella and Fabio also decided to start renewing part of the vineyards. They planted two fields with new vines, 0,7 hectares of Pignoletto and Sauvignon, after a preliminary analysis of the soil, clones, rootstocks, and technical material for new plants. In 2009 they finished all the refurbishing work of the winery and of the rural house. The winery is operating with brand new state of the art machinery and casks. As a beginning, Donatella and Fabio’s attitude wants to be slow and sensible. The winery is 800 mq with almost half dedicated to the production, which in the first year, 2009, was 15.000 bottles. The winery can now work around 500 hectoliters of wine, that is close to the potential of the vineyards (11 hectares): a small winery, using its careful attitude is able to reach the best grapes quality.

Our wine tours with tastings are mainly available

secondarily on Sundays at 11 am.

You’re welcome anyway to submit your specific request for other days (always at 5.30 pm) and tailored made wine tours, for minimum 4 people (if you are 2 only, no problem, we’ll let you join in with other people).  In winter the time can be anticipated at 4 pm. From May to August included the wine tours are usually at 6 pm.

Our wine tour format is as follows:

-Guided visit in English by Fabio and/or Donatella in Italian (owners, no employees will lead the guided tour) through stunning panoramic spots, to the main vineyards (sometimes with a little longer uphill walk to the historic Villa Virginia site and downhill inside the vineyards rows), then inside the winery, just to give you some knowledge about the wine making process of our independent boutique winery, where all wines are estate produced and bottled starting exclusively from our own grapes grown in our 12 hectares vineyards:

-Guided tasting of 4 wines, at the table on the infinity terrace or (in winter) in the old cozy original old cellar.

The experience lasts 2 hours, but most of the times you’ll be allowed to stay longer and enjoy our amazing sunsets on the terrace.

Please note that the winery is open as a wine shop every day: if you just want to stop by and buy wines to take away, this is possible at any time even without notice from 10 am to 7 pm. It is also possible to provide shipping of 6 to 36 bottles to most countries. 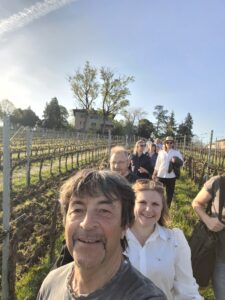